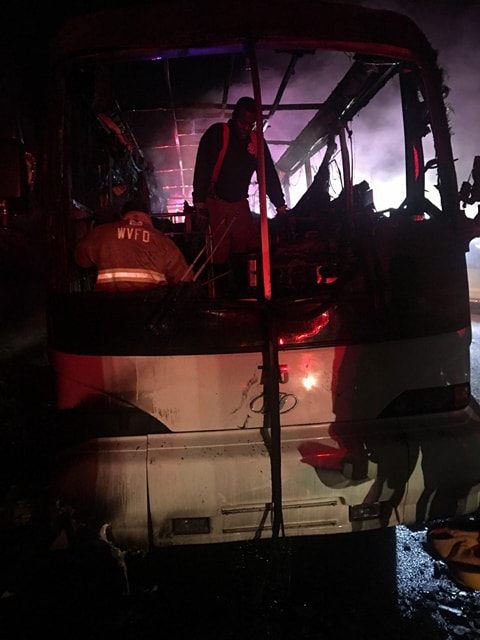 Photos from a fire which broke out on a bus transporting band students home from the regional semifinal loss in St. Augustine. Photos courtesy Navarre High Band Director Dean Barrow. 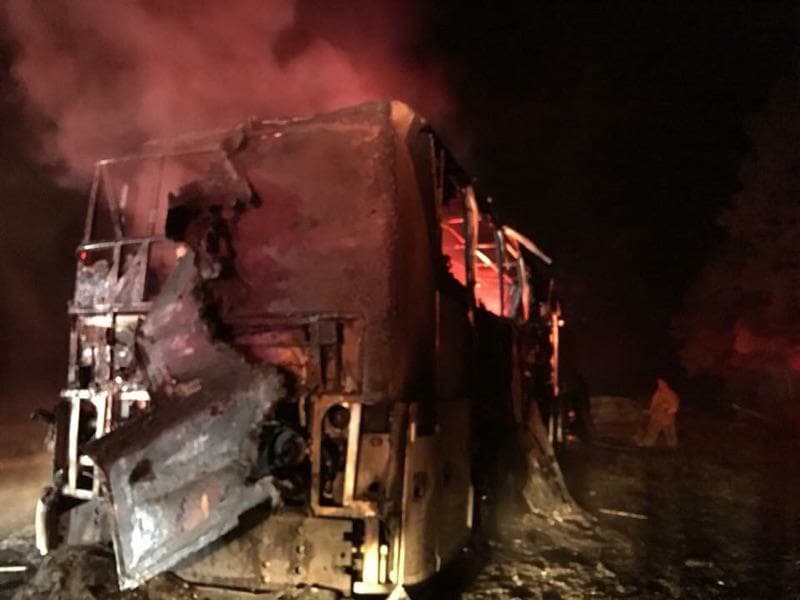 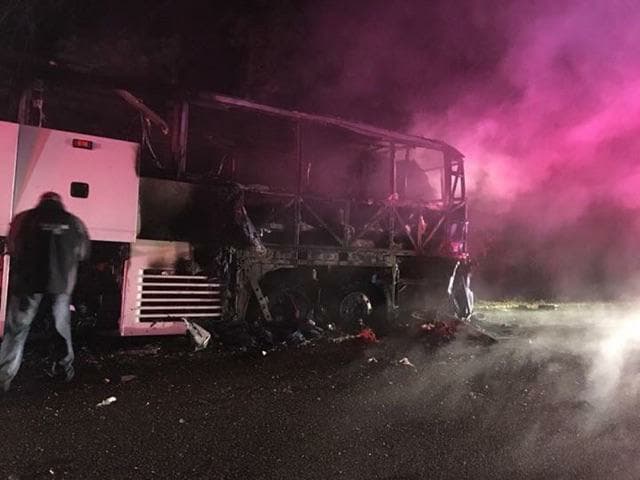 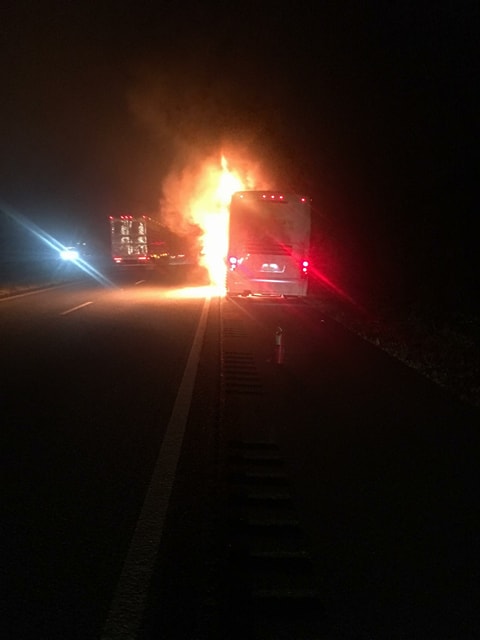 Navarre High School Band Director Dean Barrow reports all students are safe, following a bus fire which he says may have started from a braking system problem on their return trip home from the regional semifinal loss in St. Augustine.

“Just glad everyone is safe,” Barrow told South Santa Rosa News. “We did have some damaged percussion equipment and did lose quite a few new uniforms. We’ll have to get home and take inventory before (we know) what we lost,” he said.

According to Barrow the fire occurred on Interstate 10 at mile marker 184 (west of Tallahassee in the Quincy area) after the bus had been fueled with around 100 gallons of diesel.

“A possible problem with the braking system may have caused the brake drum to one of the rear wheels to overheat, causing a fire to one of the driver’s side rear wheels,” he said, noting the fire was only burning on the back end initially. “But when that fuel went off it set the whole thing on fire,” he said.