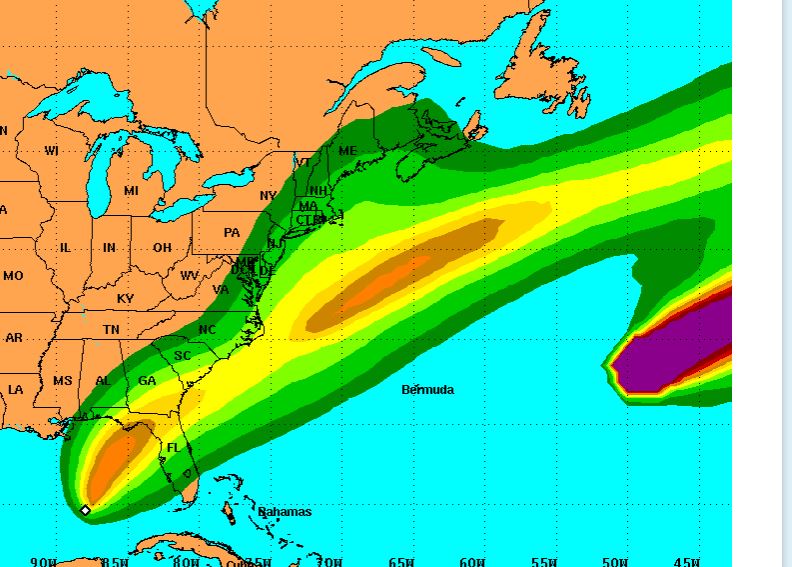 The 1 p.m. advisory from the National Hurricane Center revealed the storm has sustained winds of 40 mph and is moving north at 2 mph. It is presently about 395 SSW of Apalachicola.

A Tropical Storm watch is in effect for areas east of the Walton/Bay County line to the Tampa Bay area, which is the boundary for a hurricane watch that extends to Indian Pass.

Santa Rosa County Emergency Management earlier today stated the biggest threat to our area from this storm is an increased risk of rip currents.

The next update is expected at 4 p.m.