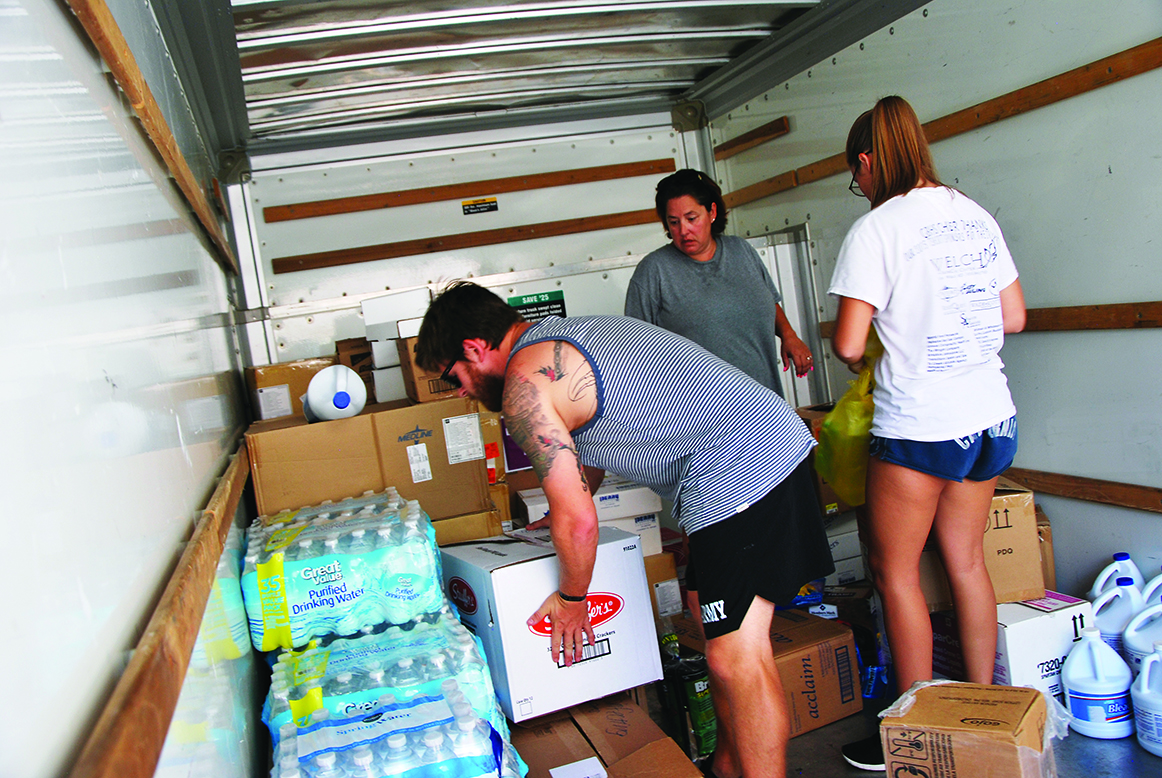 “I’ve never been through a hurricane. I’ve heard the horror stories of Hurricane Ivan. But I still want to step up and help.”
Those words came from Kim Jones, a Woodlawn Beach resident who took it upon herself to help rally people together to collect donations to help the Louisiana flood victims.
Two weeks ago, the state suffered a deluge that made headlines worldwide.
Every time Jones turned on the television after the flood or checked her Facebook feed, she said she saw the pain the Cajuns were enduring and wanted to step up and help.
On Friday, she was outside in the 90-degree Florida heat loading a 20-foot U-Haul that her, her husband and two of her children were riding in the next morning. Loaded in the back of the truck: hundreds of pounds of water, cleaning supplies, clothing and first aid items for the Louisiana flood victims.
Jones said she knew she had a lot of items to help the Cajuns, but had no idea where she was headed and where her family would end up once they left for Louisiana (last) Saturday morning.
“I don’t know where exactly I’m going,” she said. “Not really going to any particular area. If I have to set up in the middle of a street somewhere to get these people the items they need, then that’s what I’m going to do.”
Three years ago, Jones was a northern girl. Her family lived in Pennsylvania. Although they had harsh winters, her family rarely came face-to-face with severe weather.
“I took a risk coming down here to Florida, but my husband was able to find a job and I’m a stay at home mom,” she said. “I’ve never experienced loss. We had floods back home, but nothing like this.”
After watching the news flood in from Louisiana last week, Jones said she felt obligated to step up and help the flood victims. 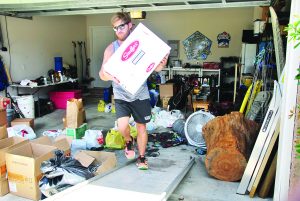 “I put it on Facebook on Wednesday and tagged a bunch of people in it. My friend who has family in Baton Rouge, La., his wife is a Physical Therapist at Andrews Institute, and they put out a memo about it at their facility and they really stepped up,” Jones said.
That memo helped garner cleaning supplies, gloves, masks, trash can liners and other essential items that Jones said the flood victims would need.
“This whole thing really took on a life of its own,” she said. “I would hope that if something like this happened to me or my community, someone would step up like I have. I heard that only 12 percent of the people over there have flood insurance. Twelve percent. They have to start over with nothing. I can’t imagine that. They’ve been through a lot.”
Jones filled up her 20-foot rental truck with not only cleaning supplies, but other necessities the victim’s might need like clothing and food.
“This whole area has just stepped up. I mean this is how much we received in only two days,” Jones said pointing at the full truck bed. “We had a friend who is at Hurlburt Field and his unit donated a bunch of stuff. Everyone has just stepped up.”
Last Friday night, Jones received a collection of flood relief items from her husband’s local Mopar Group, which he is the president of. She also took up an additional donation from Baptist Hospital/Andrews Institute.
Although the Woodlawn Beach resident couldn’t pinpoint what sprung her into action, she remembered seeing an image of a young flood victim on her Facebook feed last Wednesday right before she posted to her own page and asked for help.
“I saw a picture on Facebook of a little boy who was sleeping on his roof. And that was it. This was born,” she said.
Jones said she wasn’t aware of any other individuals in the south end of the county, personally, who were helping the flood victims, but she said she knew of a group out of Pensacola that drove over to Louisiana before she did with donations.
Jones even attempted to distribute flyers around her neighborhood, which has an Homeowner’s Association, but the HOA put a stop to the flyers once they found out about them.
“I was able to get some donations from neighbors before they told us to stop putting them in people’s mailboxes,” she said. “ A lot of the help I’ve gotten through this has been through word of mouth.”
Jones chose to take two of her children, Bailee and Aiden, with her and her husband to Louisiana to help distribute the donations. They are both Gulf Breeze High School students. Her other son, Brad, was starting a new job and was unable to go with them, but he was seen helping his mother load the U-Haul last Friday before the trip.
“I really want my children to see what’s going on over there for them to be able to appreciate what they’re doing to help,” Jones said. “They’ve been a big help with this.”