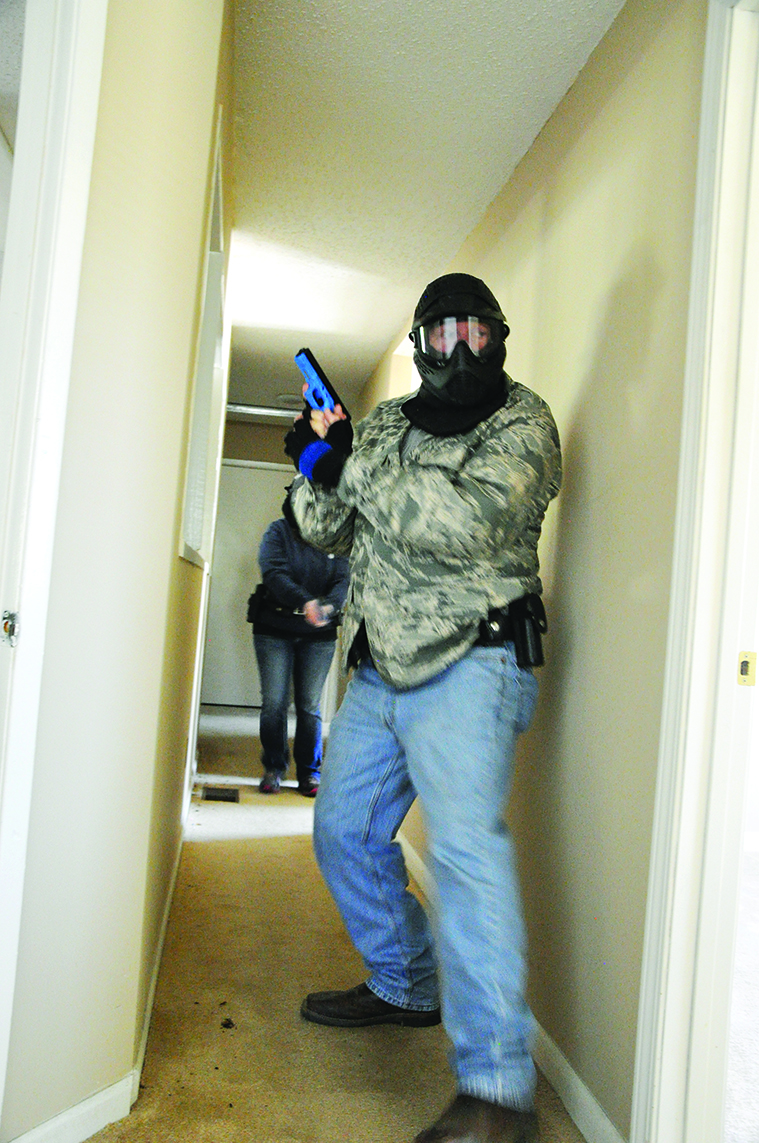 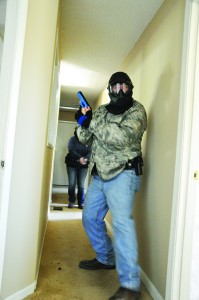 Every officer at the Gulf Breeze Police Department was required to take part in the annual Simunition exercise, which the department utilizes for training. The exercises keep officers in tune to different criminal scenarios and how to handle them.
(Photo by Mat Pellegrino | South Santa Rosa News)

Gulf Breeze Police officers suited up Wednesday and participated in an annual drill utilizing a training system called Simunition.
The department utilizes equipment and training methods from Simuntion, which provides military and law enforcement agencies with non-lethal force-on-force, short range, simulation training system.
All officers who serve on the department were asked to take part in the exercise, which took place at the old Peyton Complex in proper.
GBPD Sgt. Steph Neff led the exercise along with another GBPD officer and an officer from the National Park Service. Neff said the Peyton Building could be sold soon, so the department took up the opportunity to utilize it for training.
“It’s active shooter, domestic, building clearing, use of force,” Neff said about what scenarios the officers had to face. “That’s the main thing, shoot or don’t shoot.”
Officers were given guns with rubber bullets and were briefed about a “situation” that was taking place inside the building before entering. Some involved innocent victims who appeared aggressive and others involved officers posing as burglars or active shooters. Officers had to use their best judgment under each circumstance and were briefed on the action they took following each scenario.