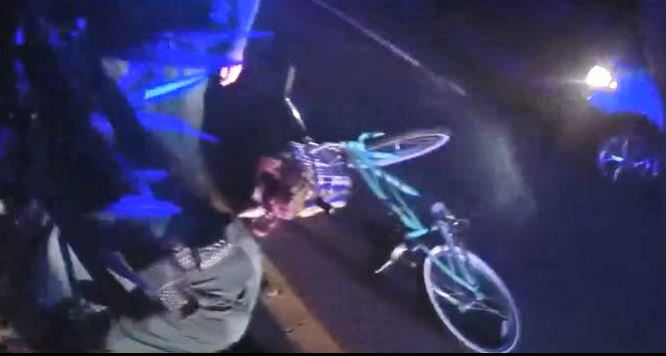 A shoplifting suspect who made her getaway on a bicycle last night was later spotted by an Okaloosa County Sheriff’s Office deputy riding topless down the center of Highway 98 on Okaloosa Island.

When a deputy pulled alongside and told her to stop, the woman replied “Make me.”

The deputy got ahead of her and stopped the woman as she tried to pedal past.

A worker at Surfside Outfitters at 1450 Miracle Strip Parkway said the 32-year old female had come into the store sometime before 7 p.m., shoved a pair of flip flops and something else into a bag, and then left without paying.

A short time later several calls were received in reference to a woman riding and weaving down the middle of Highway 98 on her bicycle. At some point she removed her top.

OCSO deputies recovered the stolen items, which included a $25 T-shirt. The suspect was charged with retail theft and resisting arrest without violence. She has no known local address.