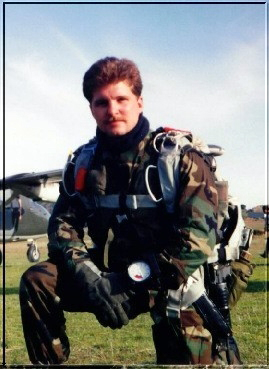 The family of the late Air Force Tech. Sgt. John A. Chapman today accepted the Congressional Medal of Honor from United States President Donald J. Trump, who made the posthumous award in honoring his sacrifice during 2002’s battle at Takur Ghar in Afghanistan.

“In that final act of supreme courage, John gave his life for his fellow warriors,” said Trump, pointing out Chapman helped save the lives of more than 20 other service men through his heroic actions.

According to the U.S. Air Force, Chapman is the first airman to receive the nation’s highest award for valor since the Vietnam War.

His award was upgraded from a 2003 Air Force Cross he received following the enhancement of drone video which revealed more details about his action during the March 2002 battle in which six other U.S. service members were killed:

He was the first combat controller ever to have earned the Air Force Cross.