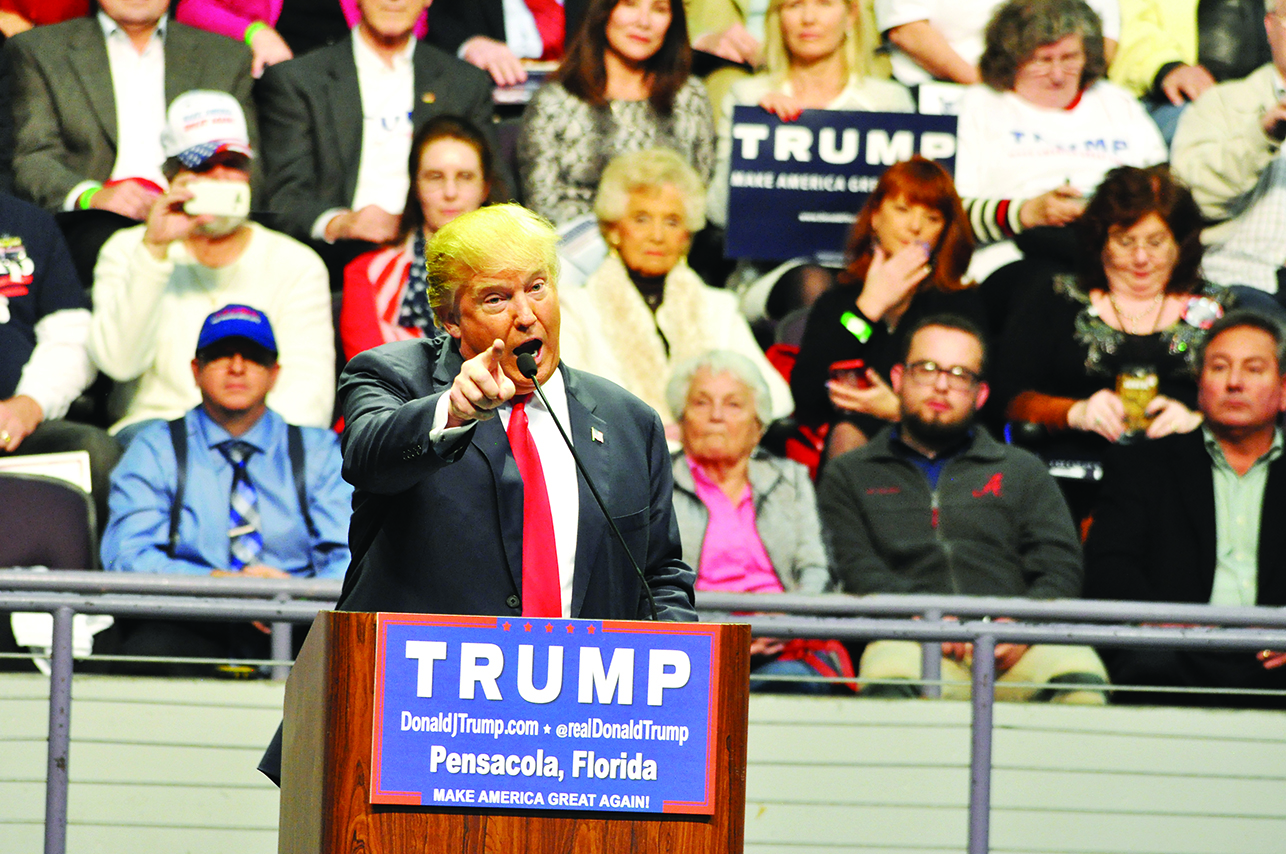 President Donald J. Trump is scheduled to make a Dec. 8 campaign stop in Pensacola to stump for U.S. Senate candidate Roy Moore ahead of the December 12 special election in Alabama to fill the vacancy created when former Senator Jeff Sessions resigned to accept the position of U.S. Attorney General.

The rally is scheduled for 7 p.m. at Pensacola Bay Center, and tickets are available via www.donaldjtrump.com.

As a result of Trump’s visit, the Pensacola Ice Flyers announced last week that their scheduled Dec. 8 home game against the Knoxville Ice Bears has been changed to Monday, December 11.

Star Wars Night with the Ice Flyers will now take place on Saturday, December 9 as they will be wearing dark side-themed jerseys that will be auctioned off after the game, along with other Star Wars-themed events taking place throughout the game.

Monday night’s game will be Military and First Responders Night, with 35% off center ice tickets for military, first responders and their families. These tickets can only be purchased at the Bay Center box office with proof of valid ID. The food and beverage special for the evening will be $3 Bud Light drafts, $3 sodas and $2 hot dogs. Season ticket holders will be offered special rates on buddy passes, unused ticket exchanges and shirt-off-his-back raffle tickets. They will also receive extra rewards points on the Ice Flyers mobile app by stopping in at Fan Services during the game.