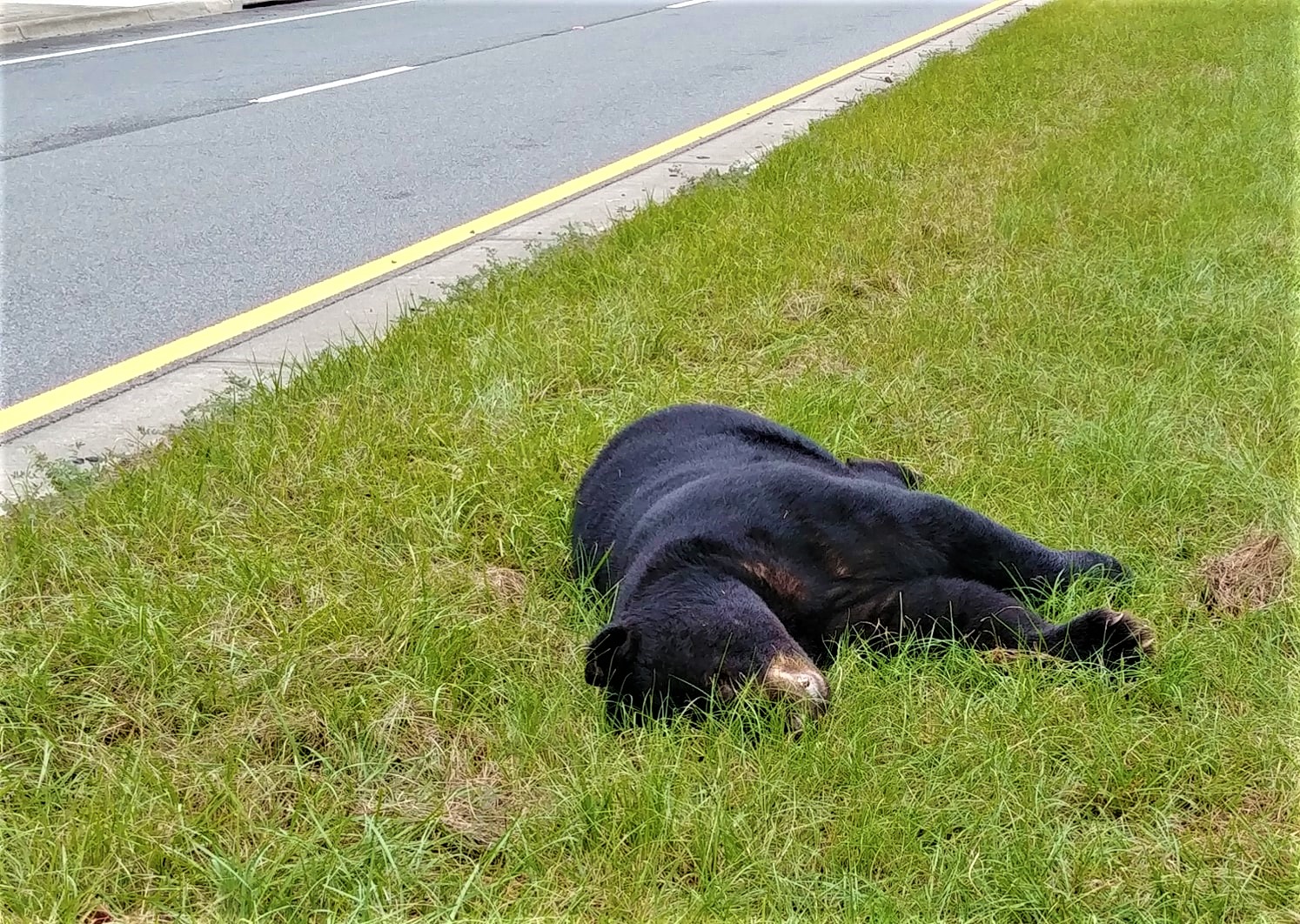 Two black bears were killed by vehicles on Hwy. 87 S this morning in separate incidents.

According to the Florida Fish & Wildlife Conservation Commission, a 480-pound male black bear was struck and killed on Hwy. 87 S just south of Gordon Evans Road in Holley. The dead bear was observed in the median before FWC officials recovered the body.

Additionally, a 40-pound cub was killed on Hwy. 87 S just north of Holley and south of Choctaw Field Road around 7 a.m.

According to FWC, bear appetites increase as they begin to prepare for the upcoming winter.

Here’s some more information from FWC about bears being more active in the fall and how you can help reduce human and bear encounters:

The search for food often leads bears across busy roads. A new video in the “Living with Florida Black Bears” series advises motorists to use caution while driving through areas where bears may be present. Bears are most active around dusk and dawn, and therefore most vehicle-bear collisions happen during these times of day. To reduce the risk of hitting a bear, motorists should stay alert and drive cautiously around heavily wooded areas, roads with curves and areas marked with bear warning signs. Other tips can be seen in the “Vehicle Collisions with Bears” video at MyFWC.com/Bear under the “Brochures & Other Materials” section.

While spending time outdoors, residents should be aware of their surroundings to avoid potential conflicts with bears. To keep bears away from your home and neighborhood, follow these simple steps:

In Florida, it is illegal to intentionally feed bears or leave out food or garbage that will attract bears and cause human-bear conflicts.

If you see or suspect that someone is feeding or attracting bears, call the FWC’s Wildlife Alert Hotline at 1-888-404-FWCC (3922).

To learn how to become BearWise, visit MyFWC.com/Bear and click on “Live BearWise” on the left side of the page.

More information about living in bear country is available at MyFWC.com/Bear.

Bears are wild animals and must be respected. Even though they are typically quiet and shy animals, they have the potential to seriously harm or kill people. Do not take unnecessary risks!  While bear attacks on people are extremely rare in Florida, people have been bitten and scratched by bears defending themselves, cubs, or food sources.