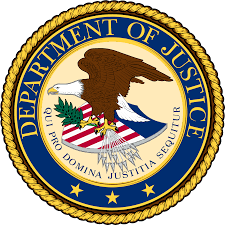 Robert Patrick Jensen, 49, and Michael T. Harris, 44, both of Gulf Breeze, Florida, appeared in federal court this week for their initial appearances after they were indicted by a federal grand jury in Pensacola on charges of acquiring controlled substances by fraud and identity theft. The indictments against the two doctors were announced by Lawrence Keefe, United States Attorney for the Northern District of Florida.

“These indictments show how pervasive our nation’s drug abuse problem is and how it can ravage any part of our society,” Keefe said. “The U.S. Attorney’s Office will continue to vigorously pursue drug crimes, wherever they occur.”

The indictment charging Jensen alleges that between December 3, 2014, and July 7, 2016, he knowingly acquired and obtained controlled substances – namely tramadol and dextroamphetamine – by misrepresentation, fraud, forgery, deception, and subterfuge. The indictment also alleges that between those same dates, Jensen knowingly and unlawfully used another person’s identification to
acquire the controlled substances by fraud.

The indictment charging Harris alleges that between November 4, 2015, and August 11, 2016, he knowingly acquired and obtained controlled substances – methadone, morphine sulfate, oxycodone, and alprazolam – by misrepresentation, fraud, forgery, deception, and subterfuge.
The indictment also alleges that between those same dates, Harris knowingly and unlawfully used another person’s identification to acquire the controlled substances by fraud.

An indictment is merely an allegation by a grand jury that a defendant has committed a violation of federal criminal law and is not evidence of guilt. All defendants are presumed innocent and entitled to a fair trial, during which it will be the government’s burden to prove guilt beyond a reasonable doubt at trial.