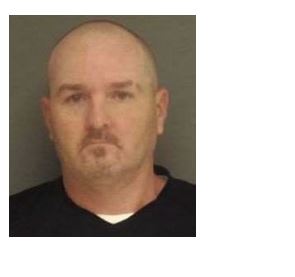 The U.S. Marshals Gulf Coast Regional Fugitive Task Force is offering a $5,000 reward for information leading to the capture of a man who escaped from an Alabama jail July 31.

Larry Dewayne Gaither, 43, was one of two men who escaped from the Calhoun County Jail. The Marshals arrested the other man, Bryant Deandre Johnson, Aug. 3 in the Atlanta metro area.

Gaither was being housed in the Calhoun County Jail pursuant to a state probation violation related to drug and weapons charges. State law enforcement personnel became interested in Gaither due to an ongoing investigation by the Alabama Law Enforcement Agency’s Internet Crimes Against Children Task Force.

A search of Gaither’s residence led to the discovery of an AR style assault rifle in his bedroom. Gaither’s criminal history includes a previous weapons charge for which he served time in the federal system.

Members of the GCRFTF have spoken to ALEA investigators who expect Gaither to be charged with at least one count each of production and distribution of child pornography.

On Aug. 3, members of the GCRFTF interviewed an associate who admitted to transporting Gaither the afternoon of his escape to a Love’s Truck Stop located in the 17000 block of Highway Drive South in Mossy Head, Florida. This is Gaither’s last known location.

Anyone with information regarding Gaither’s whereabouts is encouraged to contact the nearest USMS
District Office, the U.S. Marshals Service Communications Center at 1-800-336-0102, or submit a tip
using USMS Tips.