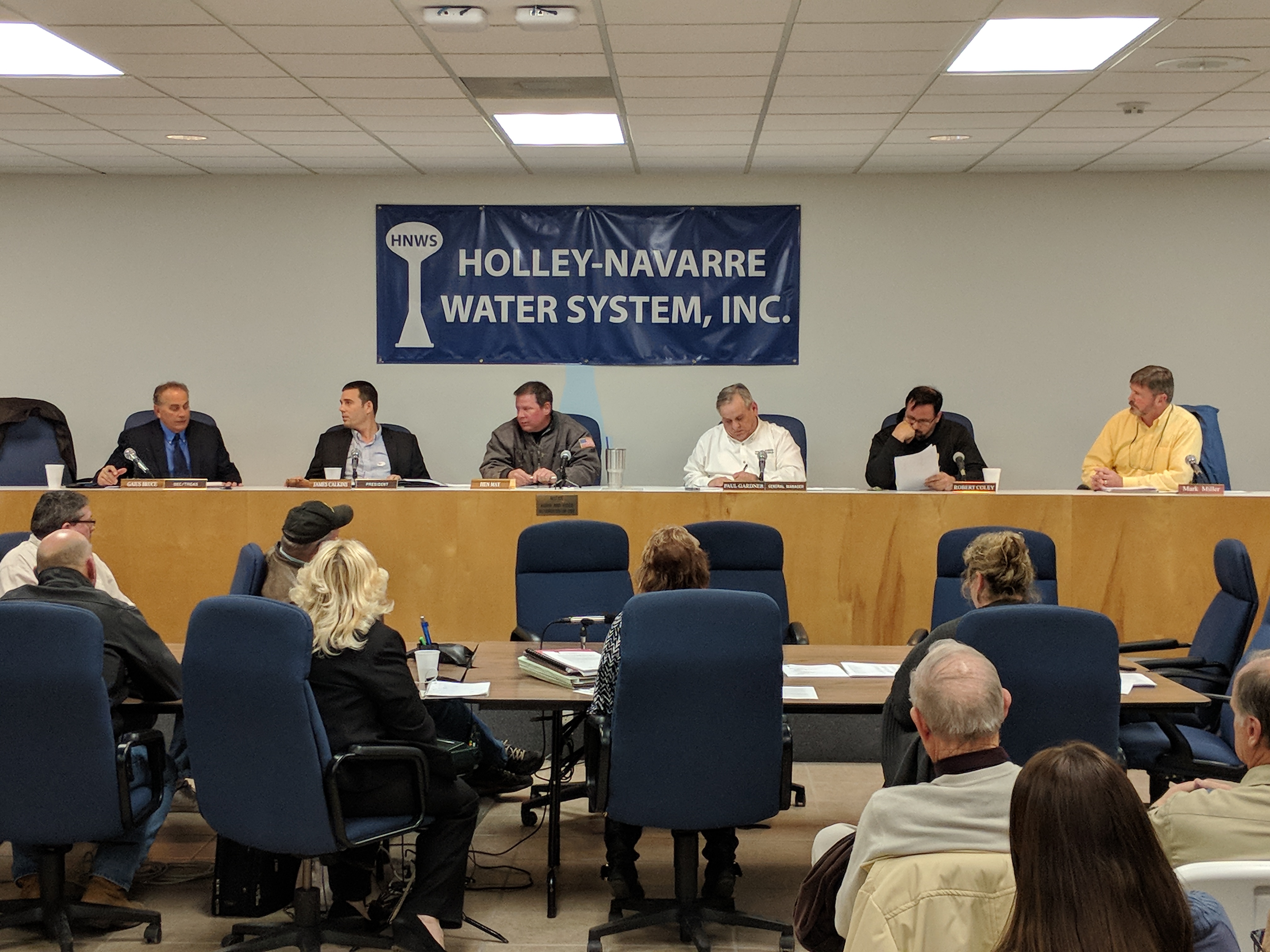 Following massive changes brought about during the January 16 Holley-Navarre Water System annual elections, the newly seated board plans to explore a rate decrease and improve transparency for the utility’s membership.

Tuesday’s election resulted in a landslide victory for two candidates, Will Goulet and Daryl Lynchard, who campaigned for transparency. Realtor Mark Miller was also elected to serve on the utility’s board.

After votes were tallied for five candidates vying for three open seats, the winners were Lynchard with 970, Goulet with 963 and Miller with 648. Incumbent candidates Troy Bossier and Gaius Bruce lost their bids for re-election, garnering 633 and 613 votes, respectively.

Bien May, who was serving as president of the board, resigned after election results were read, explaining he wanted to spend more time with his family following heated campaigning during the HNWS election. Board member Robert Coley also resigned, citing similar reasons.

May and Coley had openly argued with fellow board members at meetings over the course of the past six months and both had supported Bossier and Bruce’s re-election.

“Basically what our new board wants to do is open up meetings and provide information requested by the members and the media. We want everything to be transparent,” Calkins told South Santa Rosa News, pointing out that some information, such as personnel and legal matters, may be unavailable for disclosure.

During the January 17 board meeting Lynchard, a retired CPA who has previously served as HNWS president, made a successful motion for the utility to start posting unredacted meeting records online.

Additionally, Goulet, who was named Vice President, stated he would like HNWS to explore streaming meetings online.

Furthermore, Calkins said he supports Goulet’s push to explore a rate decrease for members. “It still needs to be discussed with the engineers, but that’s a plan we do have,” Calkins said.

According to Goulet, the new board is gathering financial information in an effort to consider up to 5-percent rate decrease.

“We’ll look into doing that as soon as possible,” said Calkins.

During the campaign, much speculation took place about the future of Hidden Creek Golf Course, which is owned by the utility, which uses the property to discharge treated effluent.

Calkins laid the rumors to rest. “Under our new board there is no plan to sell the golf course. That Golf course is an asset to our economy, to our community, to our water system,” he said. “The only plans we have are to improve it. We don’t want to end up like the Moors.”