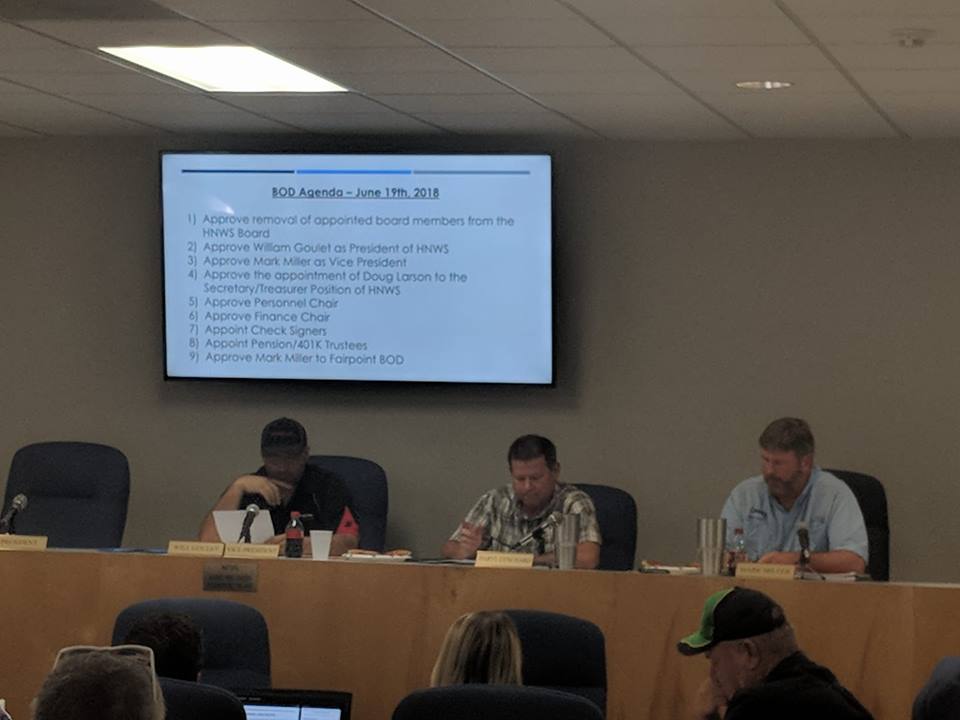 Holley-Navarre Water System is accepting applications for candidates to serve on its volunteer board, following the recent resignation and removal of four directors.

Presently three duly elected board members, Will Goulet, Daryl Lynchard and Mark Miller, remain on the seven-member board after a vote Tuesday to remove two non-elected members, Debbie Gunnoe and Geo Mayer.

Goulet stated Gunnoe and Mayer were being removed for cause, stating their “actions surrounding the removal of the Hidden Creek General Manager not only caused the water company considerable financial loss but also were a public embarrassment.”

Calkins, DeSantis, Gunnoe and Mayer had been facing formal complaints from board and utility members related to their involvement in actions which resulted in a lawsuit against the utility by the former general manager of the utility-owned golf course, who was demanding $285,000. That lawsuit was settled last month for an undisclosed amount.

“It wasn’t me that brought embarrassment to the water company. It was those who released confidential information out to the public,” Gunnoe stated before her removal.

Mayer expressed appreciation to his fellow board members in his parting comments. “I want to thank my colleagues for appointing me to the board — inexperienced as I was.”

Additionally, during the meeting, Goulet and Miller were named president and vice president, respectively, and Doug Larson was appointed secretary/treasurer.

The board decided that instead of making appointments to fill the four vacancies members will be allowed to cast straw poll votes for candidates.

Potential candidates for the board vacancies must be members of HNWS. Applications are available at the HNWS office, located at 8574 Turkey Bluff Road, and will be accepted through July 3.

HNWS members may vote at the HNWS office from July 10-17, and winners will be seated during the next regularly scheduled directors’ meeting on July 17.