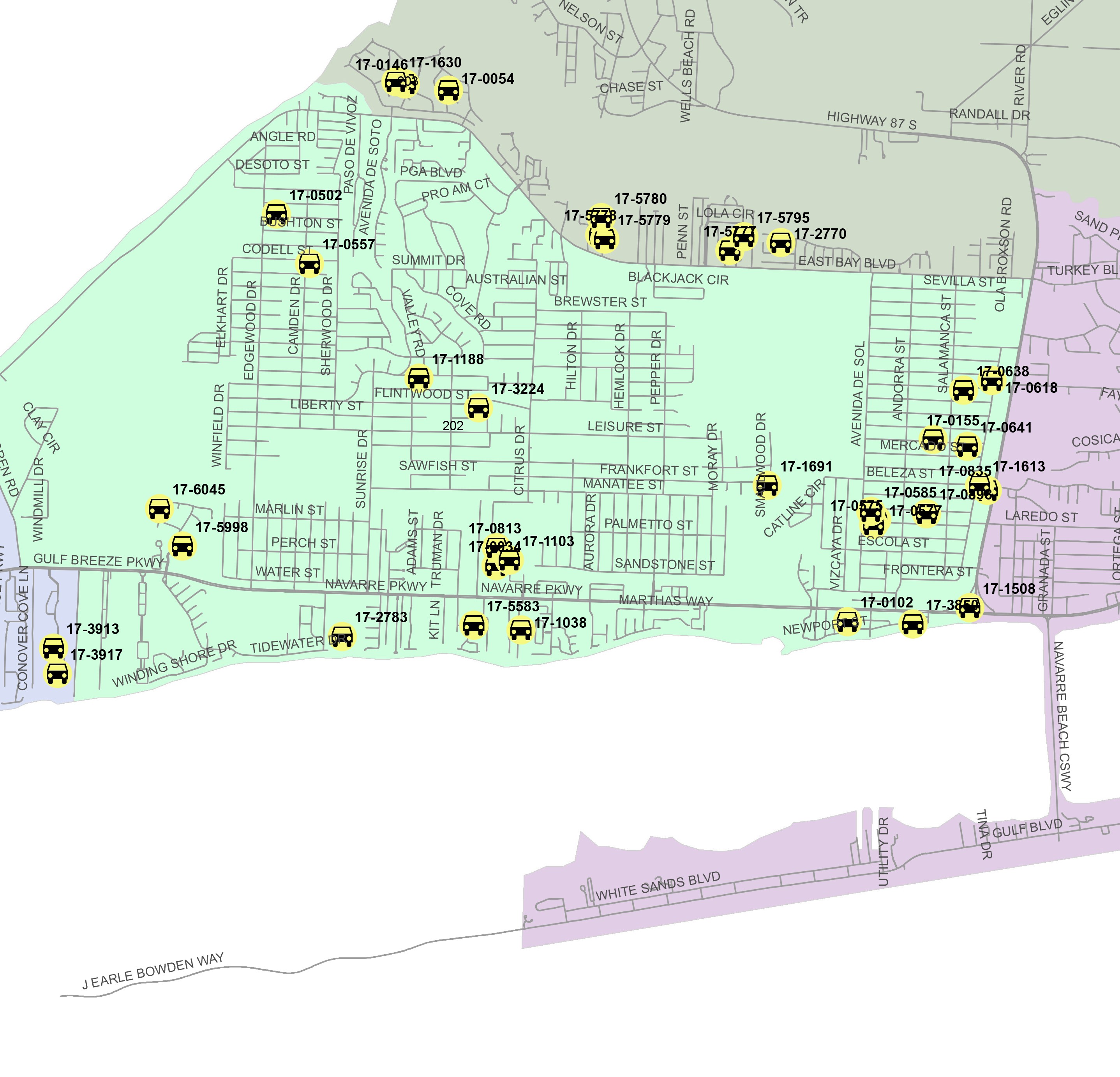 Over the past six months there have been more than 50 incidents of theft from vehicles in the Navarre area – compared to around six during the same period last year.

According to Santa Rosa County Sheriff’s Office Lieutenant Jason Erlemann, officer in charge of the Navarre district, the majority of those thefts took place when a vehicle had been left unlocked.

Erlemann advises residents to keep vehicles locked. “Please refrain from leaving valuables in plain sight. Purses, wallets, cell phones and firearms are valuable targets for thieves. Every report that I read where a firearm is stolen worries me,” he said.

SRSO spokesman Sgt. Rich Aloy said there has been one recent case of “smash and grab” in which a window was shattered to break into a vehicle but for the most part it’s been preventable crime.

If you have information about any of the vehicle break-ins you could be eligible for a reward if information you provide leads to an arrest. You do not have to give your name to share information, and tips can be made via phone at (850) 437-STOP or online at www.srccs.com.