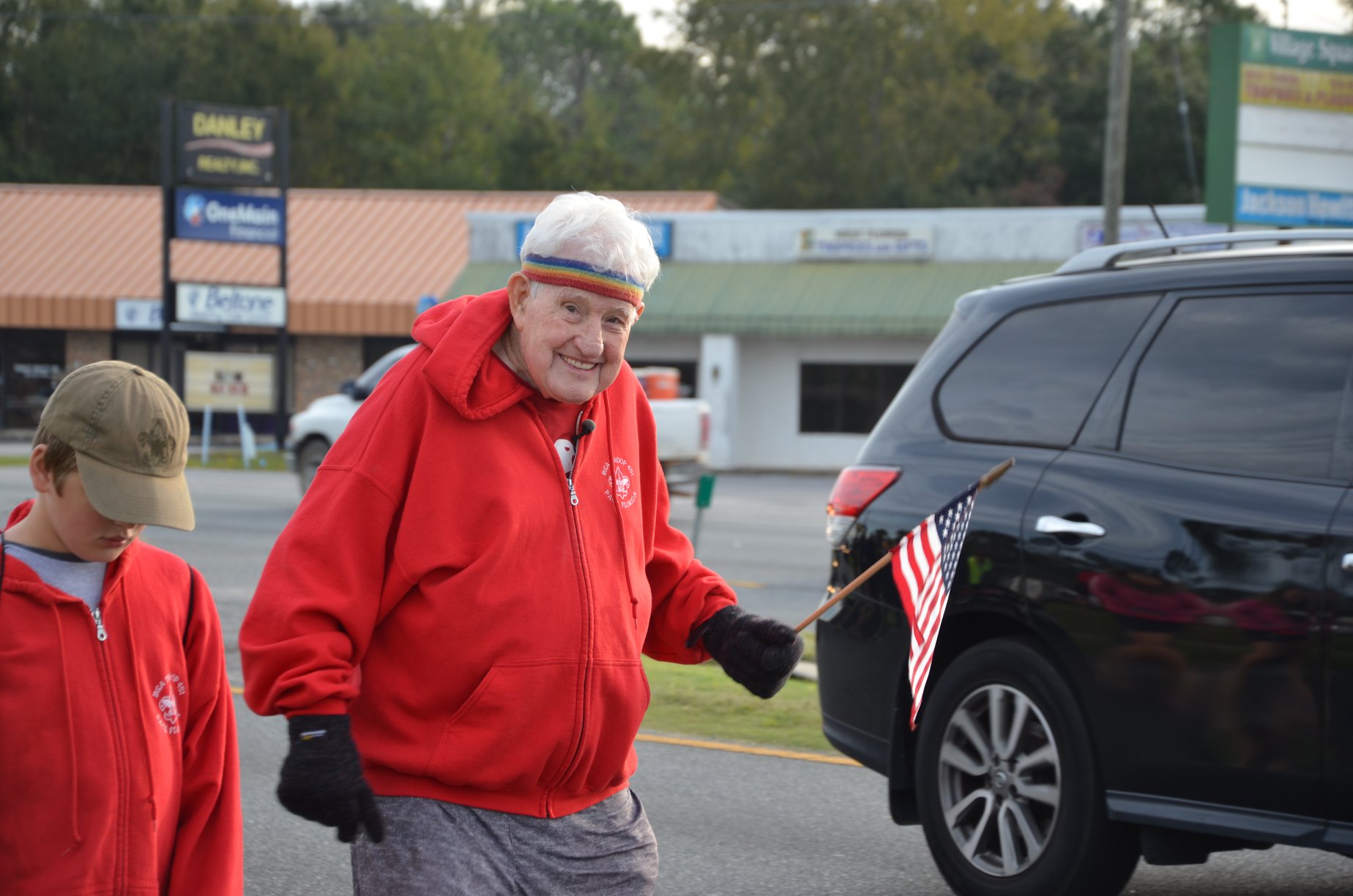 WWII Veteran Ernie Andrus is making his way across the country to raise money for the LST 325 Memorial. He made his way through the Milton area on Monday. You can check out his story at 6 p.m., November 11 on Fox News. Photo courtesy Julie Ziegenhorn

Hosted by local veteran’s organizations, including Veterans of Foreign Wars Post 4407 and American Legion Post 382.  Other participating organizations include Navarre High School NJROTC and local scout troops 106, 11, 484 and 401. Santa Rosa County District 4 Commissioner Dave Piech will present the Veterans Day proclamation, and Congressman Matt Gaetz will be the guest speaker. For more information, contact the American Legion, 850-936-5888. Following the ceremony, American Legion Post 382 will be serving hamburgers and hot dogs for veterans, and the public is also invited.

The parade route will begin at Milton High School (from Raymond Hobbs Street) and turns south onto Stewart Street then east onto Berryhill Street, ending at Veteran’s Memorial Plaza on South Willing Street.

Immediately following ceremony 4H will host a cookout (donations will be accepted).

In the event of severe weather, the ceremony will take place at Milton High School. For more information, contact Vickie Powers 850-860-2427.

• Santa Rosa County Board of Commissioners, including the library system and animal shelter, and the offices of the Clerk of the Court, Property Appraiser, Supervisor of Elections and Tax Collector

• The Central Landfill will be open Monday, November 11