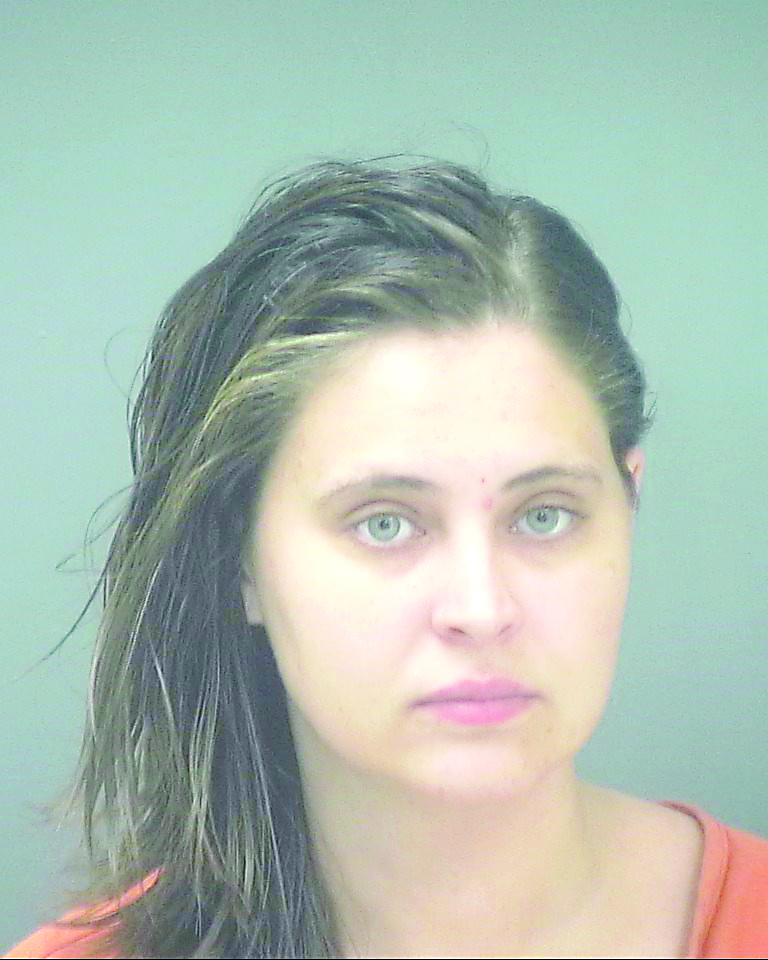 A Gulf Breeze woman was slapped with two battery charges and a fraud charge Tuesday after she spit on a Santa Rosa County Sheriff’s Deputy and allegedly bit the hand of a Gulf Breeze man during a fit of rage.
The suspect, Angela Millikin, 23, of Pine Street, was ultimately arrested following the investigation and charged with Battery on a Law Enforcement Officer (Felony), Battery and Fraud – Impersonation. She was hauled off to Santa Rosa County Jail following her arrest and remains behind bars without bond as of press time.
According to the SRCSO arrest report, law enforcement officers were dispatched to an area near Oriole Beach Road at 4:20 a.m. on Tuesday in reference to a disturbance.
While en route, dispatch advised the responding deputies that the suspect, later identified as Millikin, had fled from the home. While less than a block away from the reported disturbance, a deputy saw a woman matching the description of the suspect walking down the road near the corner of Oriole Beach Road and Wind Meadow Drive.
The officer stopped to speak with the woman who stated she did not have a form of identification. When the officer asked the suspect for her name and date of birth, she told the officer her name was Dutchess Christine Pharaoh and that she was Pakistani royalty, the report stated.
After entering the name into the police database, the officer was unable to find anyone in the state of Florida by that name. The suspect was later transported to the residence on Pine Street where the victim in the case positively identified the woman as Millikin.
When Millikin was asked about what happened, she stated that she was angry at the victim, her uncle, for not allowing her to use his phone, the report stated.
When deputies spoke with the Millikin’s uncle, he stated that earlier that morning he heard Millikin screaming in a room in the home and went to investigate. He stated that when he entered the room, the suspect started yelling at him and told him he wanted to use his cell phone, the victim’s statement read. He stated that he refused to allow her to use the cell phone, and that when he did, Millikin started hitting her uncle in his face, the report stated.
In an attempt to get her to stop hitting him, the victim stated he “bear hugged” Millikin in order to restrain her, according to the report.
The victim told deputies that he attempted to get Millikin out of the residence, and as he did so, she allegedly bit him on his left hand.
When deputies looked at his left hand, it was bloody and appeared to be consistent with his story.
When the reporting deputy got back into the patrol car to retrieve the case number for the victim, the report stated Millikin said “Why don’t you find something better to do pigs” and spit on the officer’s right cheek. The action brought up an additional charge of assault on a law enforcement officer. She was taken to Santa Rosa County Jail shortly after.
According to Santa Rosa County Jail View records, this is Millikin’s fourth arrest in the past 8 months where she has been charged with Battery/Assault in Santa Rosa County.