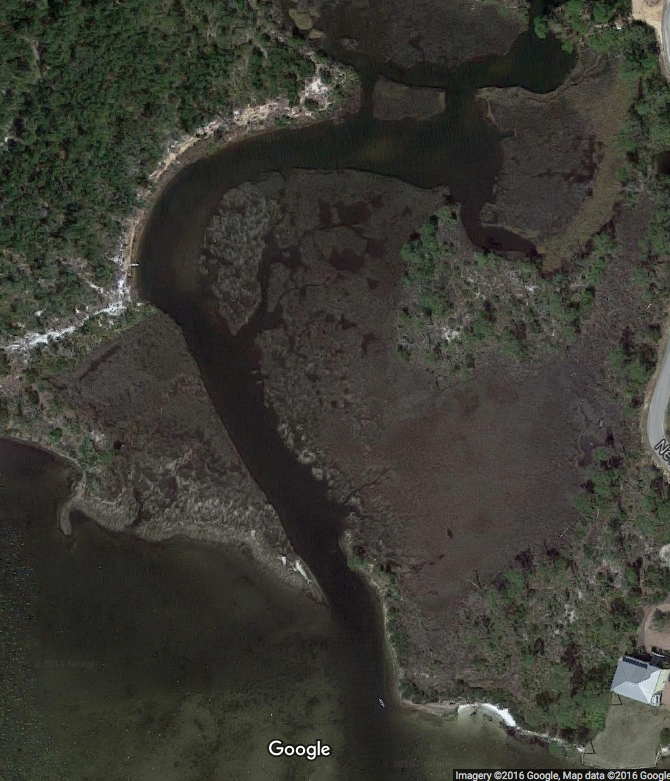 As a Navarre resident or visitor, you may be passing by one of Mother Nature’s greatest gifts to us — everyday! How easily we take our natural assets for granted, not realizing that they are busy working for us day and night.
What I’m referring to is a salt marsh. For such a humble-sounding name, these coastal treasures bring much to the table — including many of the fish and shellfish that we love to eat.
Right here in our own Williams Creek marsh, a diversity of fish are abundant, plus blue crabs, shrimp and dozens of other species. Our salt marsh and others provide a nursery for at least 70 percent of Florida’s recreational and commercial fishes, shellfish and crustaceans. Scientists tell us that salt marshes are the most productive ecosystems on the earth.
But the humble marsh is not only a chuck-wagon for us, it provides food and habitat for a wealth of other animals, including numerous threatened and endangered species. Yet, most of us take them for granted.
In addition to being Mother Nature’s pantry, her marshes are first-class speed bumps to help protect us from storm surges. They help control coastal erosion and trap pollutants from entering coastal waters.
If you love, or even like salt marshes as much as I do, then our next question would be, “OK, should we be doing anything special to protect them to make sure they continue to exist?” Yes! First we need to look at areas around Florida where salt marshes have been destroyed. There are plenty of local examples, sadly, but extreme examples are not far away: From 1948 to 1978, Tampa Bay lost 40 percent of its salt marsh cover; Charlotte Harbor and the Indian River Lagoon have seen 51 percent and 85 percent reductions in salt marsh area coverage, respectively.
We live in one of the fastest growing areas in the state and country. Changes to the landscape, hydrology and pollution loading are inherent to rapid development. Do we have the local protections in place to protect our marshes and coastal waters? The steady decline in local water quality would indicate that we do not. The number one culprit for this is a toss-up between septic tanks and polluted stormwater runoff. When rainwater washes over yards treated with fertilizers, pesticides and herbicides, all that washes into the streets and eventually ends up in a creek, the river, the Sound or a marsh. It also carries animal waste and leakage from septic tanks.
Are there steps that we as individuals can take to protect these amazing resources? Yes, of course! We aren’t helpless and don’t have to wait for the government to do something! We don’t really need a lot of fertilizer on our lawns. Better yet, grow a garden using compost and natural, slow release fertilizers. That alone would solve 10 percent of the problem. The other 90 percent is primarily human waste via septic and sewage. Just last week I witnessed a local plumbing company trying to repair a broken sewage lift station. The workers had a pump and a hose leading to the concrete stormwater ditch that led right into Williams Creek. I was told that this is their standard procedure when pumping out lift stations.
Santa Rosa County has around 45,000 permitted septic tanks. Many line the shores of Santa Rosa Sound, East River and Bay, Blackwater River and Bay and other important waters in our area. These systems send tons of nitrogen to waters where we fish and swim, causing algae to bloom out of control, leading to low dissolved oxygen in the water, dead seagrass beds and eventually fish kills. Yes it will be expensive to build enough sewage plant treatment and disposal capacity to handle the conversion, but what is the long-term cost of losing our fishable/swimmable waters? The fish nurseries? And Mother Nature’s speed bumps?
Linda Young is a Navarre resident and has lived in the county for most of her life. She has been the executive director of the Florida Clean Water Network for 22 years, working with communities to protect and restore Florida’s springs, lakes, creeks, rivers, estuaries and coastal waters.