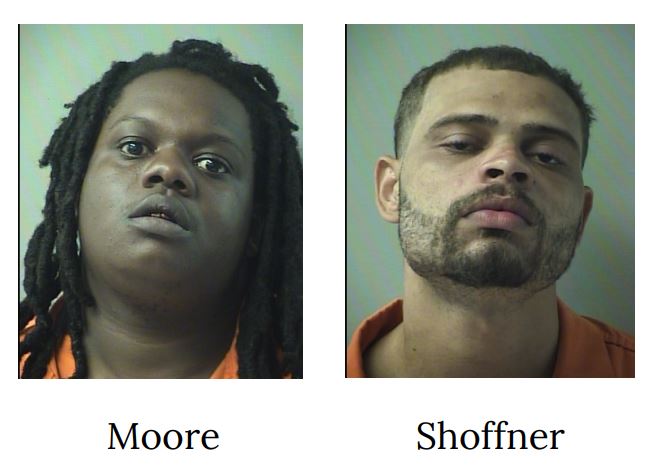 Okaloosa County Sheriff’s Office deputies responding to a burglary in progress at a home on First Avenue in Laurel Hill last night became involved in pursuit after a car was spotted leaving the scene at high speed.

When a deputy attempted a traffic stop on the car, it took off, reaching speeds of 100 miles per hour. The driver, later identified as 22-year old Isaiah Moore of Crestview, headed south on State Road 85 and ultimately onto Highway 90 where he swerved towards an OCSO road block and then intentionally rammed the driver’s side of a deputy’s patrol car.

The passenger, later identified as 28-year old Rayshawn Shoffner of Crestview, began throwing hard objects at the patrol car, striking the windshield. The deputy bumped the suspect’s vehicle, causing Moore to lose control and crash into a ditch.

Both Moore and Shoffner were then taken into custody. The deputy was not injured.