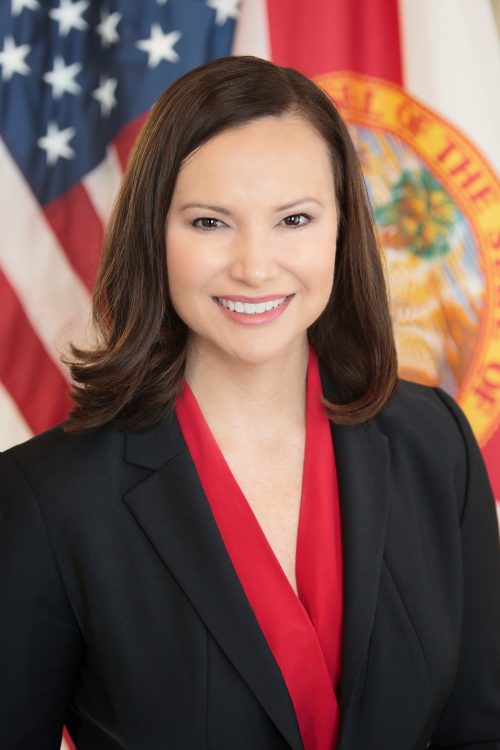 Attorney General Ashley Moody is calling for a federal-state partnership to develop a comprehensive plan to hold the Communist Party of China responsible for the COVID-19 pandemic. Attorney General Moody is joined by 13 state attorneys general in the call to action. The coalition today sent a letter to President Donald J. Trump requesting a partnership to begin exploring all avenues to hold China responsible for the public health and economic damage caused by its withholding of information and international dissemination of misinformation as COVID-19 began to spread in China and beyond.

Attorney General Ashley Moody said, “It’s clear China’s actions, or lack thereof, played a role in the global spread of COVID-19 that is causing death and economic destruction here in the United States. States must work in tandem with the federal government to chart the best course of action to hold China responsible for any dissemination of misinformation and failure to mitigate this devastating virus.

“A federal-state partnership would be the most effective and efficient means of coordinating resources to thoroughly explore the economic, diplomatic and legal options available to achieve the accountability our citizens deserve and to force China to atone for the unprecedented harm this crisis is inflicting on our nation.”

It is well documented that the novel coronavirus originated in Wuhan, China. It is also widely reported that Chinese medical professionals attempted to warn the public of the highly contagious nature of COVID-19, but were silenced by the communist regime. Since the virus crossed the China border and made its way to the U.S., more than 80,000 Americans—including approximately 1,800 Floridians—have contracted the virus and died.

Along with the rising death toll, the economic damage is increasing with domestic and international trade drastically halted in an attempt to contain the spread of the virus. The pandemic’s economic devastation has caused the national unemployment rate to skyrocket from 3.5 percent in February to its current rate of 14.7 percent.

Trillions in federal stimulus rescue funds are being distributed to ease the economic suffering. More federal action will likely be necessary as the American economy attempts to slowly reemerge in the face of the constant threat of infection.

To read the letter from Attorney General Moody, click here.