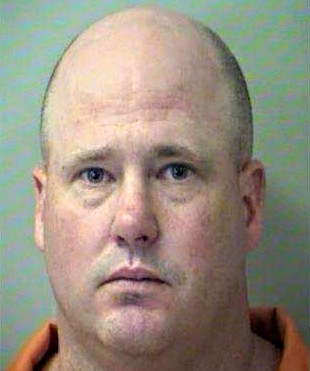 The Polk County
Sheriff’s Office is charging Sadler with multiple counts of transmission of material
harmful to a minor by electronic device.

Sadler joined the OCSO in July 2018 after retiring from the U.S. Army and was still on new-hire probationary status.

Investigators from the Polk County Sheriff’s Office initiated the investigation on June 11 after a resident there reported she’d found inappropriate material on her nine year old daughter’s cell phone.

The communication was ultimately traced to a computer IP address at a home in Okaloosa County. Investigators joined the effort and determined the computer was connected to Sadler’s residence. Sadler was taken into custody today following the execution of search warrants and the discovery of additional evidence by OCSO and Polk County S.O. investigators.

“I’m always disheartened when someone sworn to serve and protect commits any crime,
much less crimes of this nature,” said Sheriff Larry Ashley. “It’s an affront to all the hard-working, dedicated law enforcement officers who work tirelessly each day to keep
our citizens safe. I want to thank our investigators and their counterparts from the Polk County Sheriff’s Office. As Okaloosa County Sheriff, I greatly appreciate their teamwork
and professionalism in working to develop the evidence, arrest, and hold the suspect
accountable.”

Members of the Fort Walton Beach and Crestview Police Departments, along with Homeland Security Investigators, assisted in the investigation.